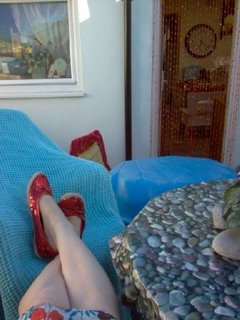 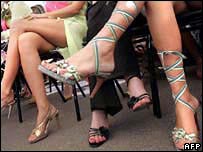 So the latest health report says that high heels are bad for your feet and legs! So that means that me and my ruby slippers are ok. However, whoever did that piece of research wasted their time and energy because this piece of 'news' has been circulating since I was little.
Perhaps they should do research on how war damages the physical and emotional well being of those civilians involved against their will.............but then again the results of that research has been known since I was a child and it still isn't stopping them fight.
I have included a YouTube of Universal Soldier, in it are the words ,'he thinks he'll put an end to war this way'. I was shocked to hear Israeli soldiers when interviewed saying that they

would be happy to give their bodies fighting to bring peace, well that's never going to happen.
It doesn't matter who you are, age , race , religion, gender- killing others is wrong. You will never get over it.
What kind of world will these poor children grow up to live in if they spend their childhood killing?
Peace is the only answer. Please talk.
Posted by MOTHER OF MANY at 6:40 am