On Ariels last visit she was appalled to hear how much weight I had lost and how quickly. She told me I was anorexic. However, Fiona was happy to confirm that the stir fry I make each evening fills the entire wok and would feed a whole family and I eat it all myself. Fiona was unable to confirm the bread, fruit, weight watchers meals, vegetables and weight watchers fromage frais that I eat in the day because she never gets her 23.5 BMI ass out of bed before lunch-time to see what I eat. I feel that even though the vegetables that I eat are good I do over do it a bit on the amount. I keep the carrot farmers of the UK in business, as long as it doesn't turn my skin orange though.
The BBC continues to put stories on it's website about obesity and how out of control the UK is. I never cease to be amazed at what obese people in Asda buy, a lot of their trolleys are overflowing with fattening food and they do not appear to be worried . Whenever I buy Beauty's food such as cakes, quavers and crisps( low fat) I always hope that people don't think they are for me. I never eat the cakes but once or twice a week I might have a packet of Quavers or a packet of crisps.
So Ariel I am not anorexic and I promise that I am not bulimic, there is no way I could ever waste money by eating it and then puking it up and chew and spit is just so wrong, I'm afraid I love food too much to mess with it. I think that I am lucky enough to love all vegetables and
salad. 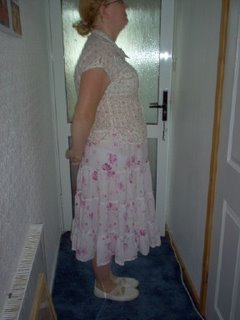 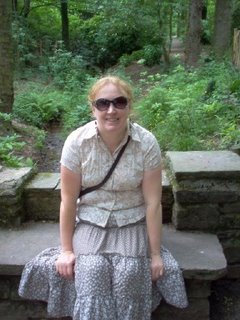 FATTER ME IN CEFN ONN ABOUT MAY(INCLUDING ROLY-POLY TUMMY) 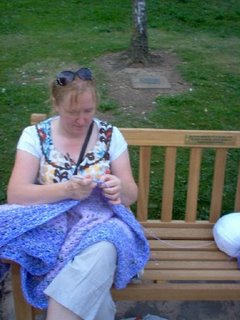 FATTER ME IN ROATH PARK(COMPLETE WITH FAT ARMS) 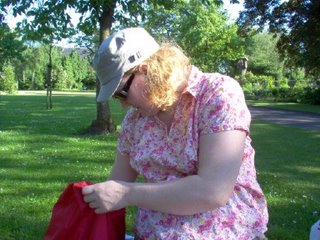 FATTER ME IN WATERLOO GARDENS

I DON'T LOOK LIKE A RUSSIAN SHOT PUTTER HERE BUT A RUSSIAN PEASANT WOMEN WITH HUGE ARMS FROM HANDWASHING ALL HER LIFE! 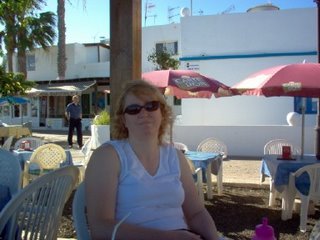 ACTUALLY HERE I LOOK FAT BUT I LOOK LIKE A ROUND, HAPPY MIDDLE-AGED WOMEN ON HOLIDAY(I WASN'T, I HATED HAVING MY PHOTO TAKEN) 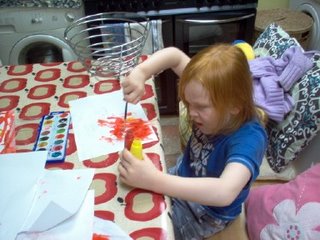 BEAUTY BEING CREATIVE-SHE ATE THE PAINT! 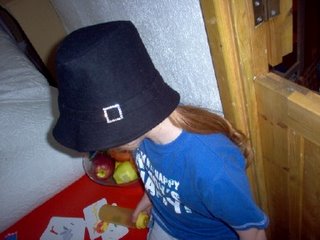 NEW HAT ALERT(SHE LOVES IT AND SHE LOOKS CUTE)
Posted by MOTHER OF MANY at 4:29 pm