REMEMBER-DISPOSE OF YOUR JELLY CAREFULLY! 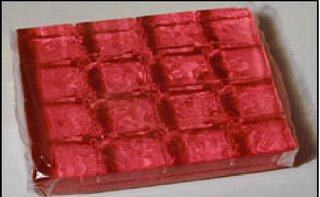 A pile of jelly left by the side of the road in Germany caused a major security alert after it was mistaken for toxic waste. Fire officers in protective suits spent two hours inspecting the substance before concluding it was jelly. The spillage was traced to a wedding party, the newly wed groom, who was woken up and informed of the alert, promised to clean up the mess.
Well Belle aren't you glad you had alligator at your wedding and not jelly? I'm sorry but if they came to my house and examined some of Beauty's messes we would be on toxic waste alert until the horsemen of the apocalyse showed up( and then some!). 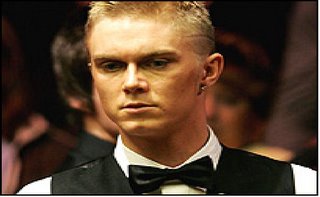 Sad news about snooker player Paul Hunter who lost his battle with cancer after being diagnosed with neuro-endorine tumours on the lining of his stomach in March 2005. He was only 27.He leaves a wife and a baby called Evie who was born on Boxing day last year. Everyone said he was such a nice guy. My thoughts are with all of his family.


The UK with 24% clinically obese, we are officially the fattest country in Europe according to Mark Easton, who is an Editor for the BBC and is writing about a report written by the Department of Health. The red areas show the lowest life expectanc, for men that is under 75.5 years of age and for women that is under 80.2 years of age, and the green areas are the highest. 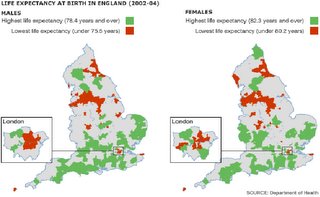 I know that it doesn't show Wales but it scares me. What is interesting is the comparisons in these reports show that poor health is not just to do with poor people. It seems that how we live and die is cultural as well as economic.
If I didn't feel guilty about eating before then I sure do now. Only this morning I had 2 pieces of toast for breakfast and without really thinking about what I had actually eaten, approximately 15 minutes later I was still full and remember thinking,'oh I've eaten too much today'. Them I thought about what I had 'actually' eaten and I thought,'shut up you silly moo, your going to make yourself anorexic'. I eat healthily so that I can live at least into my 80's but I want to also be active and enjoy life. Pressure for me is not to look like a super-model(as if!) but to be there for my family and to enjoy life with them.
Posted by MOTHER OF MANY at 9:38 am