DAYS OF AWE AND WONDER 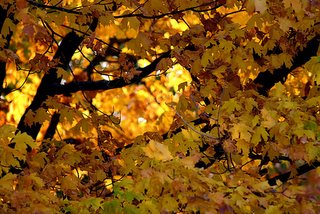 The mornings are definitely getting colder and the scenary more beautiful which yes is possible even for a sink estate in Wales. Living right on the edge of a city next to fields and country lanes can have its advantages, I still miss the cherry tree from our back garden that we lost when we had the extension built. Anyone who knows where we live can however access GoogleEarth and see that there the cherry tree still exists in our garden as does the bench and the parasol where the girls used to sit and eat their lunch in fine weather(Yes Wales does have some!). Ah memories. I love autumn and winter in Wales very much but not that time from January until the first signs of spring, C S Lewis described that time after christmas as, a

DEAD TIME...A NOTHING TIME (I am not sure of the exact wording) and when it comes I want to escape to warmer climates. At the end of January we will be going to Feurteventura and I know I will only start looking forward to it once January arrives as I enjoy the time leading up until christmas.

I think it must be the change to stronger medication which is making me sleep so much better, this morning I woke at 8:15am and as Beauty's lunch was cooked last night and she also bathed and washed her hair last night, we were washed, dressed and out of the house by 8:45am and in school on time. WOW! even I am impressed-the Doctors have been suggesting the change in medication for a while but I was worried about taking anything stronger but they certainly seem to be doing the trick. The tumors(fancy name for benign lumps) in my back and neck have become very enlarged and painful in the last two weeks but the new medication certainly seem to be dealing withh the pain and I even think the tumors are reducing again in size-Brilliant!
So it seems that local councils want you to PAY-AS-YOU-THROW .
I recycle everything I can so what is left is not recycleable by the council and they want to charge you for taking it away! My answer to that is to send all the waste that cannot be reycled back to the manufaturers or shops that you bought it from, in the post , with no stamp attached and within one week they will get the message and start to package or explore ways to package everything in recycleable packaging. The councils need to get to the root of the problem and not penalise the punters who do not have a choice.

3:15pm
Beauty was crying hysterically when I went to pick her up, something to do with putting her cardigan on wrong but refusing to let the teachers take it off to put it on properly. The poor teachers were gob-smacked when I said this could go on for an hour or so, I think they were hoping it would only ever happen on their day off. By the time we got to the house the crying had stopped and now she has a tray of cakes and is watching a Mickey Mouse DVD. She still has the blotchy face though!
Car drivers are so impatient. On the way home we got to the traffic calming device in front of the Doctors and Dentist and the car on the other side stalled and can you believe that all the cars behind started flashing and beeping their horns. Eventually the lad got out and swopped with his mate and the mate drove the car away, he may not have had L plates but beeping and flashing like that could intimidate many drivers who could have had their licences a long time. When something like that happens when I'm there I usually let the person sort themselves out (I may be cursing in the car) because getting them upset will only cause an accident.
Accidents are just that, accidents because you don't mean them to happen. I was in the car the other morning and I went to put my foot on the break and my foot slipped between the pedals, how I'll' never know but I was going very slowly at a junction and thankfully the nearest car was quite a distance away and I had enough confidence to deal will the situation so everything 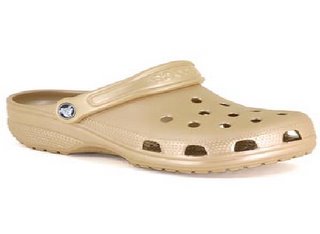 was ok. Beeping at someone with little confidence can cause the accident.

This is what I want- Gold Crocs, on the way back from Newark there was a a Buddhist monk on our flight and he was wearing a pair of crocs just like these. A definite 'must-have'-number 2 on my wish list afterGeorge Clooney.