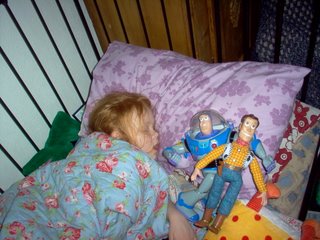 THE WAY IT'S MEANT TO BE! 4:42am I am no longer prepared for nights, as a nurse it was ok because I slept in the day so I was prepared for it........but now a joyful, bouncing 6 year old awake so early in the morning and demanding attention is a physical shock to the body. She is now re-energised with juice and talking to the fairies( or ghosts or whoever!). Be prepared girls for the early morning wake-up calls when you have children!
Perhaps she should have been called NEW YORK-you know the city that never sleeps!
She was up at 4am and we were in Tesco at 6am, I think the staff found her noise a little too much at that early hour, I think they wanted to come to life slowly.
My day was spent entertaining Beauty as I couldn't get the video/DVD player to work, some idiot(probably me) had pulled the scart plug out. It took until 10pm to figure this out so when we figured it out she calmed down and watched the Ice age 2 DVD-we were all so pleased.
At 7pm we all went over to Burger king to party and we all had a brilliant time. Beauty kept saying, 'Trick or Treat' and she was so much more aware than last year.Beauty wore her skeleton outfit and insisted on wearing the mask and so did SnoWhite and Ariel and Fiona. 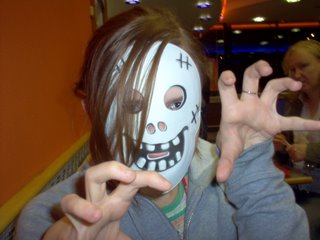 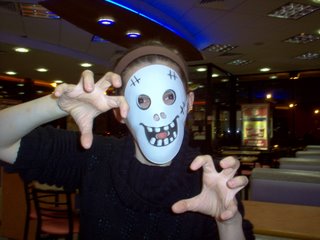 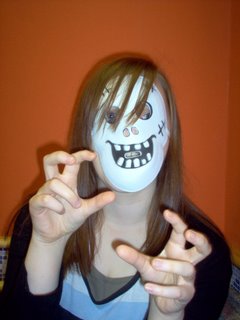 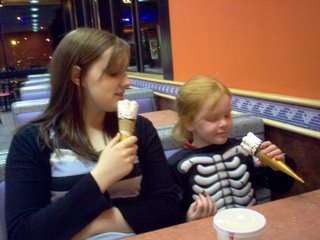 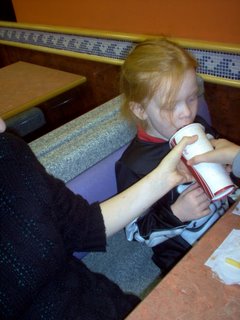 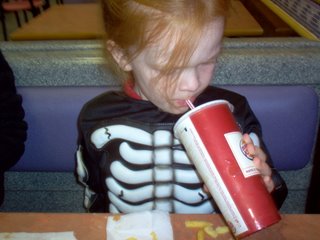 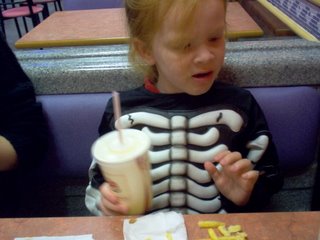 Halloween shrine in the dining room 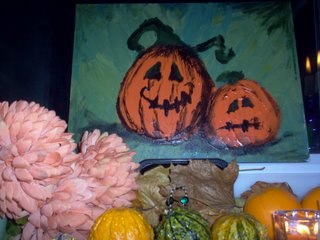 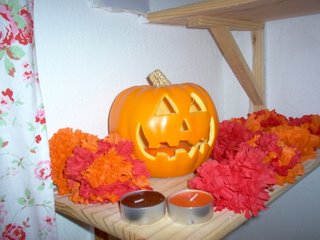 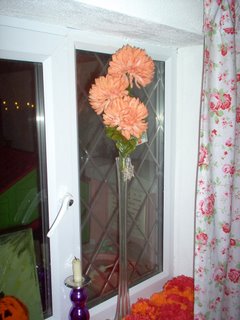 Can you see the vase Anastasia?

Feeding the rat in Burger King. 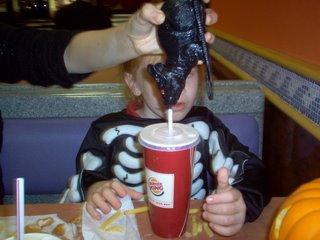