If your head comes away from your body-It's Over!

'IF YOUR HEAD COMES AWAY FROM YOUR BODY THEN IT'S OVER' stated with a straight face by Sean Connery in Highlander-Question..........If Sean Connery is Spanish how come he has a sexy scottish accent? I'm sure this has been asked and answered before but I'm new around here!
IS HE GORGEOUS OR WHAT?
I watched Highlander again last night(it seems to be on daily repeat at the moment), I never cease to be amazed at how gorgeous Christopher Lambert is. I think it is the eyes that do it for me-a bit like George Clooney...........it's all in the eyes! Thankfully he has a lovely voice too because I hate it when their voices let them down. I always thought that Gary Barlow from Take That was cute ..........until he spoke, and the same for David Beckham but I have to say that either David's voice has matured a lot recently or he has had elocution lessons.

Am I shallow?
Heck who cares..........film stars that have a nice pair of eyes that make me a film fan smile are ok. 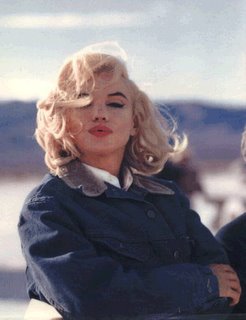 My mother loved films and she went to see a film a few days before I was born, I never thought to ask her what film. As long as it made her smile and brightened her drab little life then it was good. I would like to think that the film she saw was something classy like The Misfits that was released on the 1st February 1961 but that was probably the US release date and it probably didn't get to the UK unti much later. As I have said before, I feel pseudo-intellectuals who say 'oh I have never wasted my time watching a soap' waste their lives and never just relax and enjoy the moment. If it makes you happy go watch a film, watch a soap or chill by just doing nothing then go for it. In some peoples eyes you may not'achieve' much but by chilling and relaxing you could possibly achieve a peaceful and less stressed heart and that has to b 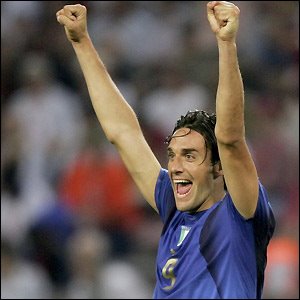 A big thankyou to TWO-GOALS-TONI from the Italian football team for scoring(obviously) two goals in yesterdays match against the Ukraine in the world cup knockouts. Italy won 3-0, now we have to watch Italy v Germany on tuesday 4th July at 8 pm! Anastasia who will be home will be supporting Germany due to her complicated but undisclosed European links and Running man(born within the sound of Bow Bells and the most typical sounding and acting Cockney/Londoner you could meet but whose father was born in Italy) will be supporting Italy. However ultimately he wants England to win.
During the match on tuesday we will be eating pizza and apple strudel and Running man will be drinking German beer, just to celebrate our families multi-national links.
I am sure Beauty will enjoy the match on tuesday as she seemed to enjoy the Italy v Ukraine match as she spent the whole time drinking(juice), lining up her soldiers and saying,'It's a goal.....badda bing....badda bing.......' and every so often running around and kissing everyone-sounds like a footballer!
Fional was more interested in the internet and Sno White watched Big Brother turn bad..........What was Ashlyne not wearing? It left nothing to the imagination. So in Big Brother we now have a house next- door-and 5 new housemates-with so many new housemates this year Big Brother is never going to end! I know I like Big Brother but pleeeeeeeeeease.
Hwyl
for now
Mother of Many x