A TECHNOPHOBE AND HER DYSON 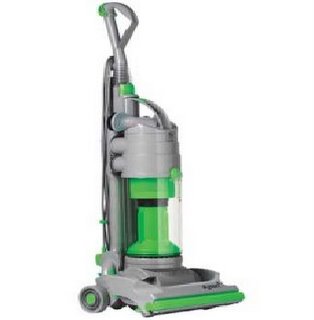 As an adult I have barely watched a handful of football matches, why? because I cannot cope with the constant emotion of Will they? Won't they? I have to have the result straight away and I don't want the team I am supporting to lose-I cannot cope with the rollercoaster of emotions.
As an adult I watched the Maradona 'hand-of-God' game and the England penalty's games AND IT WAS WAY TOO MUCH FOR ME.
However, as a child I watched Grandstand every saturday with my father and my brother and watched Match of the Day in the evening-I was able to explain the off-side rule to my girls! But I have to admit I was a proper girl and I enjoyed watching wrestling rather than the football though WWE today just doesn't do it for me-I would rather the boring TAG wrestling matches of the 70's.
I am very much a product of the 60's and the 70's, something I discussed with Sno white yesterday. She had read about someone who had said they were a child of the 60's and they felt they were born 10 years too late and she thought of me. I think that too, I was born 10 years too late on the wrong continent- I should have been a young adult in 60's USA. Sno white said she could not have coped without all the technology we have today but I could cope without it.
My blog is technology I use daily but I had lots of penpals in the 70's using snail mail and hey this in it's own way is my journal. I long for one of those mobile phones they have made in Japan for the elderly, it is light weight but the size of a brick with large number buttons and all you can do is send and receive phone calls. I'm not a Luddite when it comes to technology but I know I could cope without it because I know I am not too clever at coping with it-never was technically minded though I am ok at changing a plug and I do love my dyson.
LATE UPDATE
Some bad news I'm afraid family-Running man's sister died yesterday, She was the one who used to visit on her own from England. She had just turned 60 and as yet we do not know the cause, she always seemed so fit and healthy. Running man of course is devastated as she was the eldest and closest to him but I think that he would be the same with any of his family.
Anastasia and Belle could you please e-mail me a card or words of some sort that I could print out and give to him, he would appreciate that a lot.
I bet you she was up there yesterday having a right old ding dong with who ever was on gate duty telling them they were making a mistake and they had to send her back, I think I would have been pissed off too. I would be thinking I just wanted to be with my girls and I'm sure she was thinking she just wanted to be with her boys. Running man's aunt and uncle are both 90 ish and they are fit and healthy, they do for them selves and seem to have a good quality of life and that's how I saw Running man's sister seeing out her days-she was like myself, an independent soul who would see out her days wearing purple and her home would be the hub of her family.
As I shed a tear Running man's sister the tear is for your loss, the loss of you old age and seeing your family flower. Having lost a mother, a father, a husband and a baby I know the pain of loss is bitter for the ones left behind but my sorrow is for what should have been. Thankyou for the life you had and the memories you left with us,
Remember Dead Poet's Society - Carpe Diem- Sieze the day
Hwyl
Mother of many x
Posted by MOTHER OF MANY at 5:44 am