WHERE IS THE PARAGUAYAN EMBASSY? 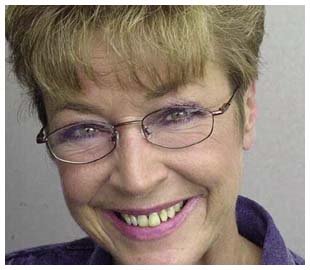 There is a tarantula in my soup! - just one of those crazy sentences that urban legend would have us believe were the main content of all foreign language courses years ago. This morning
I awoke to Beauty turning on the tv and I heard someone say,' where is the Paraguayan embassy?' so loudly that anyone at the garage must have heard, what a wake up call! However, just one second earlier Dierdre from Corrie had suddenly appeared in my dream - smiling inanely , being not a morning person smiling people first thing in the morning test the limits of my ability to cope so waking up was perhaps a good thing. Don't get me wrong , I quite like Dierdre, I think I know as much about Dierdre as I do any of my family
( except of course my father, man of mystery Howell James), having grown up watching Corrie like any other self respecting Brit. Getting back to my father however, I wouldn't say he was a liar - I would say he was a man with a vivid imagination and reality and imagination with regards to his past are a little difficult to unravel.
Beauty wore one of her pretty new dresses to school and of course she looked like a princess-WEARING A SAND COLOURED TRILBY VIENNA!
At least it is a summer hat, one of the little boys who is a year older than Beauty had a thing about wearing his woollen bobble hat, scarf and gloves during the summer and to bed.
If I don't take my tablets at 6 am then my joints really are a lot slower at getting started, unfortunately this morning it was gone 7 before I got to the tablets so I'll be shuffling until after my 2nd lot of meds. Thankyou Pollyanna for the thought that just popped into my head( no I'm not hearing voices and no church it was not,'that still small voice'), some people would love to shuffle, I know.......... I'm glad - give me a couple of hours and I might even be able to smile glad.
To help keep my car seats clean I recently crocheted seat covers and they have been on approximately two weeks, there is a seat cover under Beauty's toddler seat and it looks quite clean but my seat cover compared to Beauty's is very dirty, you can see it is dirty. I wear clean clothes at least once a day, maybe twice so where does the dirt come from? Is it street dust? Are there naughty car dirt fairies that sprinkle dust into my car every night? Naughty fairies beware! These covers have left me feeling quite OCD, you'll all be calling me Anthea soon. If I were interviewing for a cleaner and they told me their name was Anthea, they would get the job- Anthea you are my inspiration!
This afternoon I went over to Piano man's house and not much progress I'm afraid, I think we are going to have to get a cleaner in for an hour a day,5 days a week as Piano man is just does not well enough for the job. 15 minutes each for the 2 bathrooms, the lounge and the kitchen will be enough to keep them going. They will also need a dyson as their cleaner is just not up to the job. Help the aged are coming to assess Piano man's mother and the house on monday at 11am. I am working hard at de-cluttering the place- regular trips to Wedal road and the charity shops.
28 degrees this afternoon and it is way too hot for me, I have burnt my right arm in the car so I shall have to be slapping on the factor 50 (sun great for washing though).
Break a leg to Belle though-hope all goes well with the job interview.
The 3 storey house on the corner( the place where children run into your car) had a 'barbie' last night, when I went to pick up Beauty the remains of the party was still in the garden-it must have been a really good party..........lucky people. Dawn is so early they were probably still partying when the sun came up.
Beauty had a bit of an incident in school today- a poor little boy in the year above Beauty thought it would be good to take his shoes and socks off. School or Beauty not happy, Beauty was a girl on a mission and made him put his shoes and socks back on, she followed him around the playground with his shoes and socks and compelled him to put them back on again(or else).
Neighbours of the spotless kind are having a party in the garden , it's a birthday party but I'm not sure for whom. Their house is for sale with Peter Allen and they now have photos on the web site, the house is lovely inside-have a peek Vienna. Read burbomats links- Russel M. Nelson is a celestial Polygamist and has signed the petition against gay marriage saying one man should marry one wife-he is a widower who has married in the temple for the 2nd time so he is now sealed to two women.
Feel the love
Hywl
Mother of Many x
Posted by MOTHER OF MANY at 7:35 am