A TALE OF THE STRANGE KIND 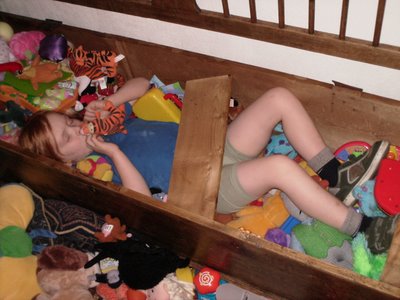 SLEEP OF THE JUST(ON A BED OF TOYS)


My scales have been lying to me consistently and so they must go, they will be terminated, binned, die a quick and painless death and will be put in the wheely bin pronto! Why? Like I said because they have been lying to me and I am thrilled..............Yes thrilled because I have so much more weight I can lose and the potential to get so much thinner.HURRAH. They told me I was a lot lighter than I actually was and so now I can carry on losing weight and exercise to my hearts content. So far I have lost a lot of weight and I have pictures that show me getting thinner so I feel delighted that I can carry on with my endorphine buzz. And will you ever get to see those photos? No because then I would have to kill you!
Thankyou 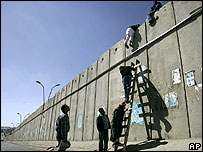 "Palestinians climb West Bank barrier
Some Palestinians go over, through or under the massive barrier
Six days a week Hani, a Palestinian from the West Bank city of Ramallah, comes to work in a shop in East Jerusalem.He works from 0800 until midnight, sorting vegetables in a cold, damp back room.He has no permit to work in the Israeli-occupied eastern part of Jerusalem, but like hundreds of others from the West Bank, Hani finds ways to travel through the barrier that zigzags through the West Bank. Israel says the defensive system of concrete walls and wire fence is needed to stop suicide bombers. Palestinians say it is part of an Israeli land grab of West Bank territory. Although many Palestinian workers get caught in the process of crossing illegall 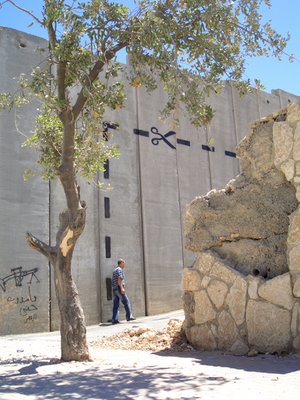 y into Israel or East Jerusalem, a huge number of them manage to get through.
If caught, without papers or proper identity cards they risk being sent to prison for up to two years.
Here we have the 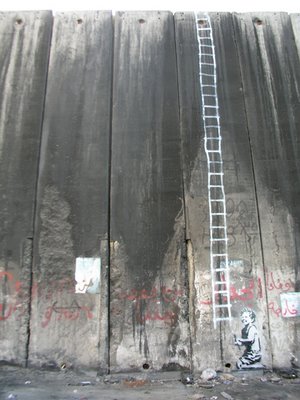 It has been a while since anything has made me cry, the last time I cried it was with laughing when I watched(again) The Two Pints of Lager episode where Johnny convinces his father-in-law-to-be to allow the wedding to go ahead, it is the episode with all the Brookside references.Hysterical.
Today I was not crying tears of laughter, I cried for Babar Ahmad who has had his appeal denied
FROM THE BBC NEWS WEBSITE
UK pair lose US extradition fight
Haroon Rashid Aswat
Mr Aswat is accused of setting up a terror training camp
Two UK men held on Afghanistan-related terror charges have lost their legal fight to avoid extradition to the US. Babar Ahmad, 32, from Tooting, south-west London is accused of running websites inciting murder, urging holy war and raising money for the Taleban.
Haroon Aswat, from Yorkshire, is accused of plotting to set up a terror camp to train fighters for Afghanistan.The men said they risked mistreatment by the US, but High Court judges said these claims were not proven.
I just cannot believe what is happening. If the US or any other country want to question these men then do it here. This could happen to anyone.
I have always believed in justice, I also accept the legal system and the laws of the land completely even if I do not agree with them and sometimes I think they are silly. Pianoman and I have had many discussions about law, the government and justice and we have not always seen eye to eye. His view in many cases is old testament whilst mine is more new testament. I also feel strongly that if you do not agree with something then do something about it.Write, campaign and vote, just don't sit in your armchairs and bitch and do nothing about it.
The evidence in this case is very debatable and the treatment of Babar Ahmad by the police was not good.
My thoughts are with the families of these
men. 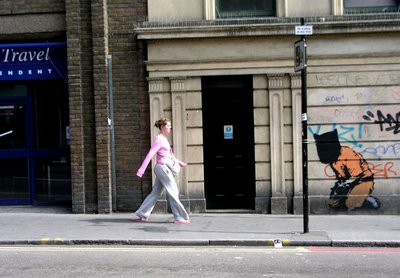 The possibility of sending a British citizen to Guantanemo is just not acceptable.


On a lighter note, yesterday whilst the laminate flooring was being done,Beauty quiety sat un-noticed long enough to open Christmas presents left by Anastasia, Oops! The house was a bit chaotic yesterday so Beauty took advantage of the situation. RAT!