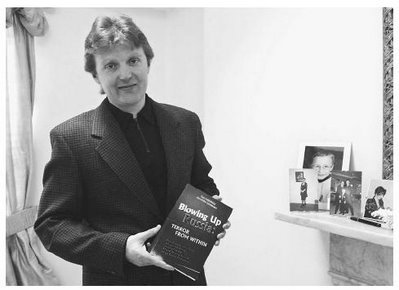 Russian mystery ignites message boards
Have you read this article on the BBC website?
But such speculation has raised the ire of Russian contributors to Have Your Say.
The following is an extract.........


"Russia is no longer a wild country and we don't need to kill anyone, especially the 'enemies' of this country," says Nora from
St. Petersburg. 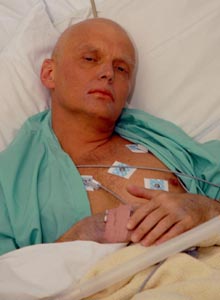 was really puzzled at the way the British media covered this and at how people have reacted. Larissa Sazolonova
Many see an anti-Russian agenda in the reporting of the affair and ignorance on the part of message board posters from around the world. So they have flocked to the forums to launch their corrective.

Ivan Obzherin in Russia is eager to point out what he sees as a cruel irony of the situation.

" People accusing someone else without proof, trusting in everything that is written in newspapers - isn't that from Russian history, from the times of Stalin? Oh, no! That now happens in modern Western countries. I was very surprised to see that..."

When we went to Russia when Beauty was about 2 we discussed the fall of the Rommanovs with our tour guide in St Petersburg, the university educated tour guide had a very different view to what had happened to what I had learned in history and I felt it polite to agree and not argue the situation. When I got home I checked what I had learned and it appeared to be accepted by the rest of the world but Russia.
One of the above writers said that Russia was not a 'wild country' but in many ways it is a very scarey place still. It is all to do with levels, it may not appear to be as bad as it was but the silent fears and threats are still there but in different forms.
Did anyone else see the film CLEAR AND PRESENT DANGER where the President of the USA clearly words his request for action against the drug cartels, a request that he clearly makes without saying the incriminating words so he is left protectected if it all goes down the crapper?
WHAT IF SOMEBODY SAID
'Alexander Litvinenko is really causing a problem , I wish he would just shut up' and now he has.
The same with Anna Politkovskaya!

Mr Litvinenko was a fierce critic of Mr Putin. He alleged that the Russian authorities were responsible for bombings in Moscow seven years ago that killed 200 civilians. The attacks were blamed on Chechen rebels and led to the second Chechen war.
He had also recently been investigating the murder of another Putin critic, outspoken Russian journalist Anna Politkovskaya.

LET US PRAY THAT THIS TIME TRUTH WILL PREVAIL.
Posted by MOTHER OF MANY at 7:02 am