If anyone wants to listen to the radio interview then go to Five Live on the BBC website and they will find a recording of todays lunch time program. It was meant to be done by Simon Mayo but he was off sick and it was done by John Pienaar.

'John Pienaar's first job was as a local newspaper trainee (South London Press), covering the round of courts, crime and sport.
He was a member of the Westminster staff of the Press Association between 1980 and 1986.
John joined the Independent newspaper when it launched under the editorship of Andreas Whittam Smith in 1986, and as a member of Tony Bevins' team he covered the downfall of Margaret Thatcher, and the rise and fall of John Major, writing news stories, features and the Westminster Diary, as well as occasional parliamentary sketch columns.
In 1992 John joined the BBC as a BBC political correspondent, reporting for all major TV and Radio outlets.BBC Radio Five Live, the live news and sport station, has since appointed John Pienaar as its first Chief Political Correspondent.'

And would you believe that AGAIN I didn't get to speak! It seems that they wanted my daughter SnoWhite who is very politically aware to talk on the show..........never mind, we are on another program on Sunday so maybe there is still time. On the program was also Glyn from Big Brother. 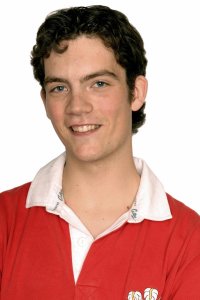 Glyn was just like he was on TV.
He was there because he supported Plaid Cymru, whilst SnoWhite supported the Liberal Democrats (well maybe)

'A first-time voter, he says he is passionate about politics, unlike many of his age group. He is concerned about the health service and education and the engagement of young people in politics.'


Glyn and Ross were a nice pair of lads.
The interview was about young voters and their views.

I felt that SnoWhite was very good and I was very proud.