'DOGS COME WHEN THEY ARE CALLED,
CATS TAKE A MESSAGE AND GET BACK TO YOU' 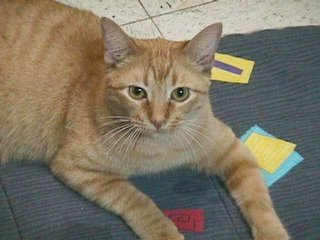 'CATS ARE SMARTER THAN DOGS, YOU CAN'T GET EIGHT CATS TO PULL A SLED THROUGH SNOW'

It was raining last night, a positive downpour! So what did Puss the cat from next door decide to do in Beauty's house in the garden? GIVE BIRTH! For days the cat has been trying to get into my house and I had felt it was looking for somewhere to give birth. I grew up in a house with many cats so I have a little knowledge of cats and cat behaviour. I remember one cat giving birth in the airing cupboard, they look for somewhere safe and dark and warm. So that poor cat lucked out on Beauty's house, well at least they were dry. AND it gave birth on Beauty's beige and pink trilby.....I shall boil wash it but I think it is no more. Oh well! It had a good and useful life. Puss from next door had one marmalade coloured kitten like herself and 3 browney black
kittens. Fiona now wants a kitten, I told her she has Simba but that did not impress her. 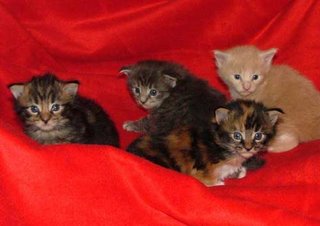 Beauty slept last night from 10pm until 2.30pm. I however was still awake at 2.30pm unable to
sleep because of pain. At 5.30pm I turned the tv off and refused to allow Barney to return(I insisted Barney slept too), I insisted that Beauty get into bed with me and sleep and by 6am she was . At 10.30am she awoke YODELING.........thankfully she missed the arrival of the kittens. I would love to be able to ask my mother if I had done 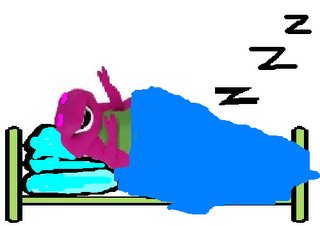 daft things like wake up yodeling when I was 5.
Posted by MOTHER OF MANY at 10:00 am