I BLAME THE BLOODY RAIN! 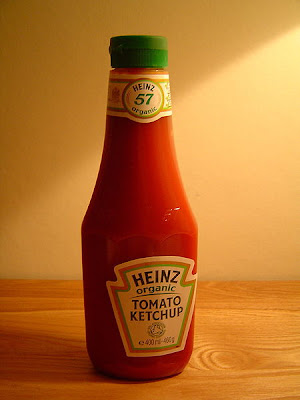 Yesterday we went to IKEA and of course Beauty had her favourite meal of fish, chips and peas and TOMATO SAUCE!
Whilst SnoWhite had her favourite meal of peas and chips(don't ask)!
After our meal we went to Hobby Craft(may I add, nowhere near as good as Michael's) to buy some knitting needles which I managed with moments to spare as the shop was about to close.
And then we drove home ........in the dark and in the rain!
I have no problem driving in the dark but it was the combination of the rain and the dark that made mee realise that YES AUTUMN has truly arrived!
And I especially know this because.......?
The arthritis in my back kicked in with a vengenance yesterday morning and yes I do blame the weather!
AND NOW FOR THE SCIENTIFIC BIT!

Does damp or wet weather really make arthritis pain worse? If so, how?

Donald A. Redelmeier, a professor of medicine at the University of Toronto, explains.
People with arthritis often believe that changes in the weather cause flare-ups of their disease. Decades of medical research, however, have failed to establish an objective relationship between arthritis severity and weather patterns. Moreover, detailed interviews with specific patients have yielded mostly anecdotes, and those who move to drier climates do not report major relief.

The specific idea of dampness affecting arthritis symptoms seems an unlikely mechanism for a number of reasons. The skin surrounding joints is rather impervious to water and most people stay dry indoors during rain anyway. In addition, arthritis patients do not experience dramatic changes in their symptoms when immersed in water (such as during baths or swimming). Wet weather may also be associated with other climatic conditions, such as decreases in barometric pressures. But even this connection seems implausible, given that much greater pressure swings are tolerated easily during plane travel or mountain driving in a car.

Another weather component is humidity, which might enter the body through the respiratory tract. But this seems an unlikely contributor because hospitalized patients are often given humidified air to breathe and this has little apparent effect on arthritis conditions. Furthermore, a long shower does not usually induce arthritis pain.

None of the past studies investigating this link is flawless; hence, the possibility remains that a small association does exist between changes in the weather and flares in arthritis pain. Small associations would not explain the strength and popularity of the belief, however, considering that people do not reliably detect small correlations. In fact, studies from psychology suggest that people often see patterns even where none exist. A prime example is the capacity to visualize outlines of animals in overhead clouds. An even more compelling example is people's belief in streak basketball shooting even when scoring patterns follow a random sequence.

The episodic nature of both arthritis pain and the weather can further encourage spurious beliefs because multiple components and time lags are possible with each element. By random chance, some days of dramatic weather will be followed by pain. Moreover, a single big coincidence is unforgettable. Over the years people may pay more attention to confirming evidence, neglect contrary evidence, and misinterpret ambiguous evidence thereby entrenching the belief. In contrast, a scientific approach would require a more rigorous search and recording of contrary information.

Another axiom of science is dispassionate observation. Achieving this standard in clinical medicine often requires blinding, so that neither clinicians nor patients know what exposure is active. Failures of blinding allow conscious or subconscious factors to distort reporting. With the weather, of course, it's hard to be blind.

Extinguishing the belief in a link between weather patterns and arthritis flare-ups requires a randomized trial, yet such a study is unlikely to be feasible anytime soon. Moreover, the failure to find a difference in such a trial might not be fully convincing because those who still believe in the correlation might claim that the participants were insufficient in number or unrepresentative of their experience.

Ultimately, peoples' belief about wet weather and arthritis may reveal more about the workings of the mind than the body. Indeed, the innate tendency to identify patterns and discount randomness has evolutionary benefits because predictability can often be turned to advantage, whereas randomness is hard to exploit.

So this researcher seems to think NO , it can not be proven but what about the following

Instead of
"damp" weather, there seems to be a correlation with arthritis flares and barometric pressure.
In a Harvard Health Publication from 2007, it sited tests done on human and rats in controlled enviroments...the findings: arthritic rats appeared to suffer more pain with lowering of the barometric pressure; middle-aged and older people with osteoarthritis noted little or no effect of weather on their joint symptoms; and, among people with osteoarthritis and rheumatoid arthritis who believed strongly that there was a connection between weather and arthritis analysis of symptoms and weather changes demonstrated little or no effect.

Even though the results were inconclusive, in my personal case, there is a correlation between low barometric pressure and arthritis pain.
I'm polyarthritic and the pain increases significantly just before a drop in pressure, and recedes once the pressure stabilizes.

So......the boring bit out of the way!
The arthritis in the damage in my back is agony and NO(to the 1st researcher), your evidence may not prove my pain but

PAIN IS DEFINITELY WHAT THE PATIENT SAYS IT IS!

I definitely feel a strong desire to holiday in Spain for the winter! 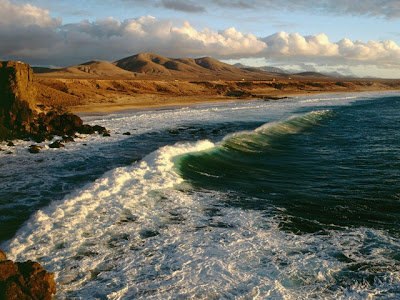 Autumn is definitely here. I have been hit by falling conkers and leaves numerous times this week and it's only Wednesday morning...

How silently they tumble down
And come to rest upon the ground
To lay a carpet, rich and rare,
Beneath the trees without a care,
Content to sleep, their work well done,
Colors gleaming in the sun.


At other times, they wildly fly
Until they nearly reach the sky.
Twisting, turning through the air
Till all the trees stand stark and bare.
Exhausted, drop to earth below
To wait, like children, for the snow

I wish I could write as well