I read this article and wondered if it could work


Speed limits in many towns and cities should be reduced to 20mph, say the government's road safety advisers.
20mph limit called for in towns 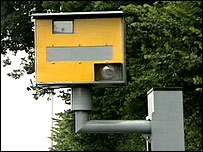 The report argues for more to be done to improve road safety.Their report claims a default speed of 20mph in built-up areas will help halve the number of deaths on Britain's roads within the next few years.The study also called for greater enforcement of 20mph zones through a new generation of speed cameras.The devices measure a driver's speed over a certain distance and should be a priority for the Home Office, it says.The cameras are undergoing trials and still awaiting government approval for use in 20mph zones.
Well, on the way to school this morning I couldn't have done 20 miles an hour even if I had wanted to because there was so much traffic but I did try driving at 20 miles per hour later on and it seemed so slow that it almost felt like I was kerb crawling. Around town I always drive within the speed limit and when I anticipate a problem, children, pedestrian's, parked cars
etc I always slow down as I pass.
I believe that there should be speed restrictions of 20 miles per hour around schools and possibly shops but after my attempt at driving at 20 miles per hour this morning I think a blanket speed limit of 20 miles per hour isn't necessarily the answer. Surely logic would say if you reduce the speed limit then traffic will be on the roads longer and that could possibly be a hazard. No I'm not a traffic expert but surely more hazard awareness around danger spots would help relieve the possibility of accidents.
Anyway, I do not have total confidence in these speed cameras, especially the one at the cathedral on Western Avenue. Traveling East, from stationary at the lights, the camera has flashed me at least 5 times(though I have never been issued a ticket) and the speed limit is 40 mph! I would love to see my car manage that speed in 3 seconds, the car is automatic not supersonic! How accurate are they really?

With the advent of the colder weather, Beauty has started wearing her hats again.Her favourite is a trilby that used to belong to Anastasia but today she went to school wearing a blue surfy type hat. She also has a really wild looking Welsh Jester hat, the sort that people wear to rugby matches.

Fiona is not impressed when Beauty wears the jester hat, she says it is humiliating
Posted by MOTHER OF MANY at 2:12 pm

There was a news item a couple of years ago about some European town that was piloting a scheme where they removed all road markings and signs in the town centre. They found the number of accidents were reduced because drivers naturally started driving more cautiously... an interesting experiment but not sure it would work here in the UK!

I think that I read that article too, however,it definitely wouldn't work where I live. The locals are psychotic enough with the road signs, take them away and they would be going 100mph in a 30 zone.