YOU LEARN SOMETHING NEW EVERY DAY 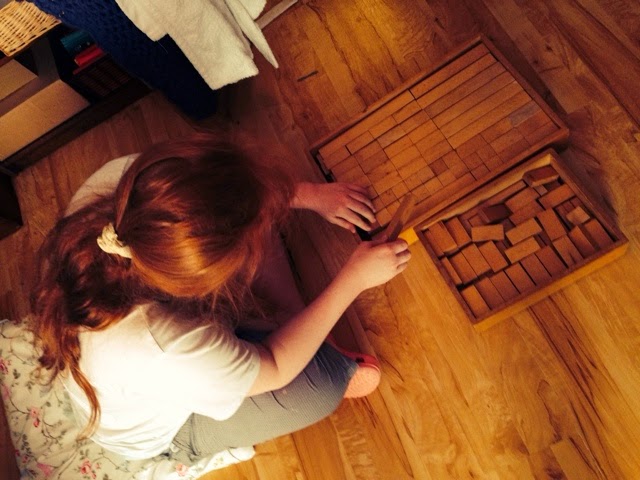 This is Missy playing with her blocks.
Missy has always loved them and she plays with them a lot.
But where did they come from ?
They were given to her by her sister's mother-in-law who is German.
The family are German and they live in Switzerland.
They were something Missy's brother-in-law Ulf played with in the early 80s.
Ulf's younger brother and sister also played with them.
But that doesn't really answer the whole question,
'But where did they come from ?'
Well today I found out.
http://en.m.wikipedia.org/wiki/Froebel_Gifts

'The Froebel Gifts (German:Fröbelgaben) are a range of educational materials designed by Friedrich Fröbel. They were first used in the originalKindergarten at Bad Blankenburg.

Fröbel advocated the importance of free play in childhood. Each gift (Gabe) was designed to be given to a child to provide material for the child's self-directed activity. These Gifts are a series of activity-based playthings ranging from simple sphere-shaped objects, through to geometric wooden blocks and more advanced Gifts pertaining to sewing, cutting, weaving and the modelling of objects in clay.

Ottilie de Liagre in a letter to Fröbel in 1844 observed that playing with the Froebel Gifts empowers children to be lively and free, but people can degrade it into a mechanical routine.

"Realising how the Gifts were eventually misused by Kindergarten teachers who followed after Froebel, it is important to consider what Froebel expected the Gifts to achieve. He envisaged that the Gifts will teach the child to use his (or her) environment as an educational aid; secondly, that they will give the child an indication of the connection between human life and life in nature; and finally that they will create a bond between the adult and the child who play with them" Joachim Liebschner on page 82 in his book, A Child's Work: Freedom and Guidance in Froebel's Educational Theory and Practice

Frank Lloyd Wright was given a set of the Froebel blocks at about age nine, and in his autobiography cited them indirectly in explaining that he learned the geometry of architecture in kindergarten play,[1] writing "For several years I sat at the little Kindergarten table-top . . . and played . . . with the cube, the sphere and the triangle—these smooth wooden maple blocks . . . All are in my fingers to this day . . ."[2]

http://www.froebelweb.org/shop/wood.
I have seen lots of natural wooden blocks in varying shapes and sizes so I think I will be buying more to add to Missy's collection.
Missy has always love building towers with anything and loves lining things up. 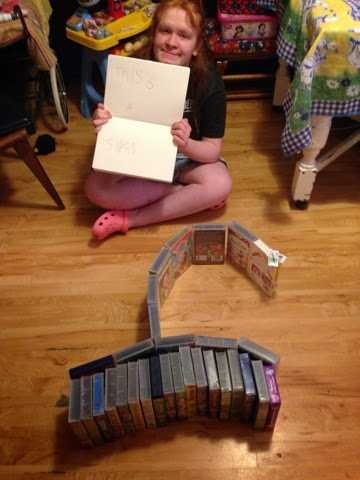 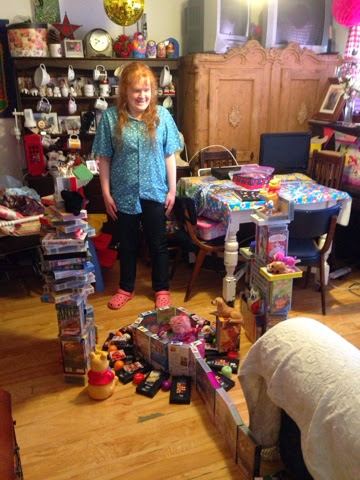 'Each child with an autism spectrum disorder will have his or her own individual pattern of behavior: Sometimes, a child's development is delayed from birth; other children develop normally before suddenly losing social or language skills. In some children, a loss of language is the impairment; in others, unusual behaviors (like spending hours lining up toys) predominate.'

Does this mean Missy has autism ?
Sorry humour lapse :)
Humour is the coping mechanism of many parents and carers of children/adults with special needs.
It is that realistic sense of humour that many doctors and nurses and other members of the caring community have. :)
Posted by MOTHER OF MANY at 12:19 pm

(A Blessing from St. Patrick)

May the road rise to meet you,