Growing up in the 60's it would be fair to say that that being hungry quite frequently was a significant part of the memories that I have.
I loved food but I never was able to get quite enough of it and until I was 25 I looked as if I was anorexic.
My bones literally stuck out and the bones of my spine were very pronounced. But boy did I eat from the time that I was living on my own but it was mostly my beloved friends.....CARBS!
I remember a professional explaining to me the theory of famine and feast that occurred in families with limited income(and I know she could be reading this and I want to thank her for enlightening me).
Before I go on however, I would say that the situation has changed somewhat due to the availability of cheaper foods.
But what I was told was that small children have little choice and grow up eating what they are given and that can be very small amounts so they are constantly hungry.
However, the situation changes as they grow older and became more vocal and have a voice of their own.Then they demand food and they go from undernourished children to over-fed teens and obese adults.
I know that I definitely went through that and my body still has not come to terms with finding a healthy, stable weight.

Last night I watched a report on Humanae Vitae

Humanae Vitae (Latin "Of Human Life") is an encyclical written by Pope Paul VI and promulgated on July 25, 1968. Subtitled "On the Regulation of Birth", it re-affirms the traditional teaching of the Catholic Church regarding abortion, contraception, and other issues pertaining to human life.
Mainly because of its prohibition of all forms of artificial contraception, the encyclical has been controversial. 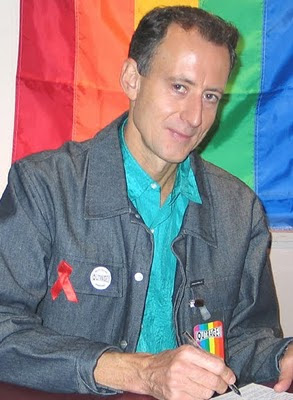 that was presented by activist Peter Tatchell
and it discussed as part of the presentation the situation of Catholic families in the Philippines and it case studied a woman called Vilma who had 9 living children(2 had died)and she was pregnant again and they lived in poverty and squalor.
The church and local Bishops and priests had told them they were not allowed to limit their families through artificial means because it would be a sin to do so.
They lived in abject poverty in a slum area and they earned their living by scavenging through the local dump for plastic and they earned barely enough money for the family to survive. Their diet appeared to be mostly rice.
Even though there was rice coming into the family the mother stated that there were often times when there was not enough for her to eat .
This is one thing I remember about my own mother, there were times when she did not eat and I dedicate my writing today to her.
Going back to Peter Tatchel's presentation however, I want my family who are equally split between the membership in the Catholic Church and the Church of Jesus Christ of Latter day Saints that my words here are purely personal and NOT a reflection upon you as individuals.
I totally , 100% believe that a religious doctrine(or dogma) that condemns the use of condoms to prevent sexually transmitted diseases and prevent pregnancy is wrong. Even though the following statement will make me sound like a hypocrite, I also believe that abortion should be freely available and the woman be allowed control over her own body and make her own choices.
It is not for me to make or influence her choices.
I have personally given birth 7 times and would NEVER have considered an abortion and even if I had been told of Beauty's condition prior to birth, I still would not have considered an abortion.
Beauty is my happiest ,most care free child and so far she has had a wonderfully loving life.
But these are my choices, I would never impose them on anyone else.
From the time my girls were able to understand, I have told them that if they got pregnant, no matter how young they were or whatever the situation, to tell me and I would be happy and totally support them with their choice.
Obviously they knew my own choice would be to keep the child, they still knew that I would support what they chose.
I do not believe that we should blindly accept that is right for children to be born into squalor and poverty and to die in pain and suffering. 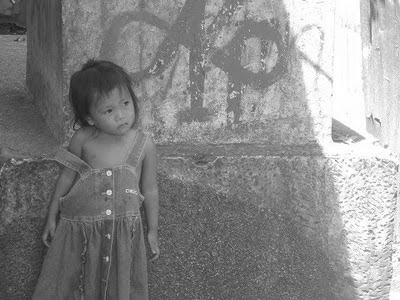 Now I am sure that the official organisation that is the Catholic church would say that my beliefs are wrong and are a sin but I do not understand how they can be.
They are truly what I believe and I cannot make myself believe any other way but yet GOD created me this way so surely what I believe must be right and true, logically it cannot be any other way.
I also believe that when a human is born their sexuality is who they are, they do not decide to become gay and so they are not 'sinners'.
I personally cannot believe that the situation in developing countries , where religion makes choices for the people that poverty, hunger, pain, inequality and suffering is right.
My mind will not let me think any other way.
Therefore, if there is a God and there is a heaven, then all I will be able to say if there is a judgement day

I DID WHAT I THOUGHT WAS RIGHT

To carry on , no longer on global inequalities but on a more personal level,Beauty has a Selective Eating Disorder.

Selective Eating Disorder (SED) (also known as picky or fussy eating, or perseverative feeding disorder) is an eating disorder that prevents the consumption of certain foods. It is often viewed as a phase of childhood that is generally overcome with age. Children may not grow out of being a picky eater, however, and may continue to be afflicted with SED throughout their adult lives
SED is common in young people with autistic spectrum disorders

Beauty has made her own choices as far as food is concerned and has only a limited range of what she will eat and most of them are a GOLDEN COLOUR which seems to define what she will or will not eat.

She is a tall girl but she is regularly seen and weighed by a consultant who says her height and weight are within normal limits but I do still worry especially due to her hypermobilty and the hypermobility and arthritis that I have.I also worry because I am large person and am predisposed to putting on weight which is obviously not good for someone with the health problems that I have.Because of this,I am constantly worried about what she eats and the exercise that she gets.In one way her hyperactivity is a good thing because I think it gets rid of a lot of excess calories during the day and helps to keep her fit!I am therefore very interested in any programs I can watch on TV about children and healthy eating and last night and I watched Jamie Oliver's new program .


ABC Television Network - "Jamie Oliver's Food Revolution"
Jamie Oliver is here to start a revolution. The impassioned chef, TV personality and best-selling author is determined to take on the high statistics of obesity, heart disease and diabetes in this country, where our nation's children are the first generation not expected to live as long as their parents. Jamie is inviting viewers to take a stand and change the way America eats, in our home kitchens, schools and workplaces, with the thought-provoking new series, "Jamie Oliver's Food Revolution," 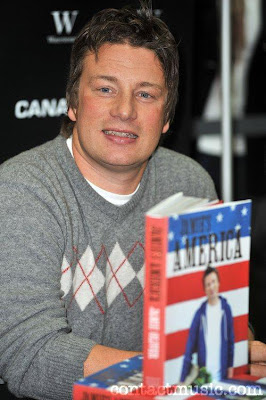 WHY ARE YOU HERE?

I have to admit though that I would have been tempted to tell him to bog off and put his own house in order(the UK)if I had been one of the cooks.
Jamies first issue was with the children eating pizza for breakfast.
Now I personally think that Jamie got too hung up on the fact that he had never seen pizza for breakfast.Whenever I have seen Gillian McKeith's program I have always felt that her biggest problem was failing to engage the children. Don't give them slop for breakfast....give them what they like.
Pizza can be good, it just needs to be produced as a healthy option.
Less fat,less preservatives and generally less of all the other rubbish it can contain but YES it can be good.I feel he should have focussed on what the children wanted.
My purpose here in discussing Jamie's program is that I feel you cannot judge a whole community,town, city, country from one point of view .I believe that the problems with healthy eating are different for everyone and I believe that real change can only come from central government initiatives.
Standards should be set and maintained regarding food to ensure that only good, safe, healthy food is entering the market and healthy eating taught from an early age for everyone and more exercise promoted.No this is not a magic wand solution, it never can be as we as humans should have our own free agency to decide about our own lives.

ENDOW US WITH DIGNITY

IT IS OUR RIGHT

Re: the contraception / abortion thing... everyone should have the right to choose what is right for them. This is not something that should be decided on a generic level - it is such a personal thing. People should be allowed to have control over their own bodies!