How can an autistic 18 year old stand trial in a court of law.
Anyone else think that this young man has been let down and failed by a society that was meant to care for him?
And do they really think that 2 years in prison is a fair or sensible action to take ? 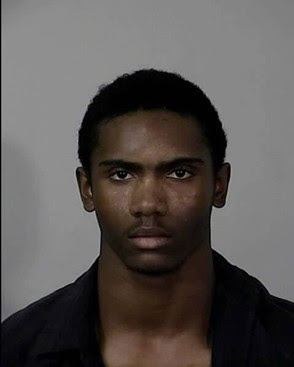 "Latson to serve two years instead of 10-plus

STAFFORD — An autistic teenager from Stafford whose case drew national attention was sentenced to two years in prison Tuesday instead of the 10-and-a-half the jury recommended.

Reginald “Neli” Latson had eight-and-a-half years of his time suspended in Stafford County Circuit Court, leaving him with two, according to Judge Charles Sharp, who said that the time he already has served — about a year — will count toward his sentence.

Latson mostly kept his head down low while seated and when responding to Judge Sharp he was barely audible in the full but small courtroom.

The 19-year-old was convicted by a jury in March and ordered to serve 10-and-a-half years in prison for an altercation that took place against a school resource officer in May of last year. At the time, he had pleaded not guilty by reason of insanity.

Several people were called to testify Tuesday including Latson’s former middle school wrestling coach David Emison; and Vicki McCarthy, a licensed therapist who works in Fredericksburg — she met Latson when he was in middle school.

The prosecution team, led by Stafford prosecutor Jim Peterson, played a 911 tape from an incident in the spring of 2008 when Latson’s mother Lisa Alexander called the police and wanted her son removed from her home due to his being violent.

She told police her son was cursing at them all day, behaving violently and “needs to get out of the house.”

The prosecution also noted in court that Latson has hit other children and exposed himself to them.

McCarthy, when called to testify, described Latson as very shy. She said she met him just after he had been diagnosed with an autism disorder. He had earlier been diagnosed as having Attention Deficit Hyperactivity Disorder, she said.

“I think he needs a lot more support than the prison system can offer him,” said McCarthy. … “I was horrified at what happened to Deputy Calverley. …Our community lost on both ends. I would like to see [Latson] get the help he needs.”

On May 24 last year, Latson scuffled with Calverley after the school resource officer approached him, police said.

That day, a call came in to the Stafford County Sheriff’s Office from an adult at Park Ridge Elementary School at about 8:30 a.m. The caller reported a “suspicious” man sitting in a grassy area near Porter Library. Some confusion about whether there was a gun or not came about, but the man in question did not have a gun, police determined.

Latson was later convicted of assault on a law enforcement officer and wounding in the commission of a felony, according to court records. He was also convicted of disarming a police officer and obstruction of justice.

McCarthy described some of Latson’s idiosyncrasies such as carrying a key around his neck, carrying three playing cards, often wearing a hoodie, repeating television and movie lines out of nowhere and carrying string that he runs through his fingers. She said he had an aversion to strong odors.

Emison, when testifying, spoke about Latson’s earlier athletic talent. The coach said he didn’t have problems with Latson on the team.

The defense, led by William Reichhardt, asked Emison, “Knowing what you know today [about Latson] would you still want him on your wrestling team?”
Emison, who coached Latson at A.G. Wright Middle School in Stafford, responded: “Yes, I would take him on my team in a second.”

A doctor who testified for the defense recommended that Latson go to several facilities for treatment instead of prison.

He has “significant difficulty making appropriate social judgments,” the doctor said, noting that sending him to prison for an extensive period of time would not only result in an “abysmal prognosis” but it would mean “we’re missing this window of opportunity to intervene.”

The judge’s conditions in suspending Latson’s time include time spent at residential treatment programs and probation."

Written by Tracy Bell
Tracy Bell is managing editor of the Stafford County Sun.
Posted by MOTHER OF MANY at 3:01 pm

If this is the Big Society at work then we are all stuffed.