Here is my little destroying angel, after this evenings reign of destruction and just before bed. 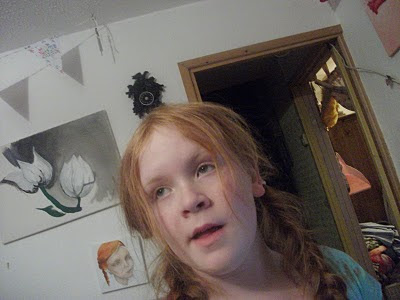 I am awake and cannot sleep but so far I am not too concerned as I feel like I slept for three quarters of yesterday and I actually feel so much better for it.

Beauty is asleep and even though I am awake,it is not nearly as bad as HAVING to be awake. 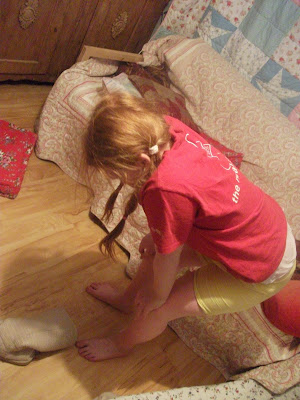 Here is a picture of Beauty which looks as if she is ready and waiting in the starting blocks, ready for the starter`s gun to be shot so that she can burst forth into more trouble and fun.

Which usually means fun for her and trouble for me!

As I couldn`t sleep`, I decided to read one of my Creative Writing Text books and one assignment that I found was to write your own version of a famous story.It is hardly on the level of Ten Things I Hate About You but as The Three Bears is one of Beauty`s Favourites, I thought that I would have a go at re-writing that.
Each time that I tell Beauty the story it changes slightly and she seems to like that so here goes.

Goldilocks And The Three Bears.

AND THE MORAL OF THE STORY should be to respect the privacy and property of others but if you are a petty thief then just take what you can carry and leave because if you stay and sleep you will get caught.
And remember Goldilocks and The Three Bears is a fairy story because if you mess with the bears stuff and eat their food and sleep in their bed THEY WILL EAT YOU.
Goldilocks was LUCKY!

Having had to sit through the DVD of Kung Fu Panda twice yesterday (actually, it's a great film) the "I know Kung Fu" line really made me laugh!

Niamh was quite ill when we wen to Damascus and we spent a number of days in the hotel watching Kung Fu Panda over and over again.
One of the problems with autism is the fact that they love repetition and so I know all the words to all the childrens films and Joseph The musical!!!!