I SWEAR SHE IS MESSING WITH MY HEAD.....

PIANOMAN'S MOTHER IS DRIVING ME NUTTY!
As Pianoman is in hospital with pneumonia I am visiting his mother daily to check on her and give her lunch AND feed Simba.Well for days she has been wittering on about her prescription which I requested Monday but as it takes 2 days to be done I couldn't get it until yesterday.Well to cut a long story short(I promise you do not want to hear it!) after she had me running around everywhere, she ALREADY had it, she had got the neighbour to get it BUT couldn't remember.
She is driving me potty.
I personally think she is perfectly lucid and it is a master stroke at revenge, if this theory is true she makes Jane Fonda in Monster-in-Law look like a pussy cat!

Talking of pussy cats.
After trying but failing to pick up the prescription I drove back to Pianoman's mother's house around the back of Splott Road Library and came across a kitten that had been knocked over and killed still in the road.
Bastards.
They could have at least picked up the little thing and done something with it.
I went to the PDSA on Bute Street for advice on what to do with the kitten and they were prepared to take him and deal with it so I left it there.
I was as weepy as if the kitten had been one of Simbas.
Some people can be heartless bastards.
Imagine if the children had come home from school and seen it, the kitten was a bit of a mess and if I had seen that as a child I would have been devastated.

I am so exhausted from visiting Pianomand and his mother daily that I am knackered.....there is no other word for it,I haven't watched TV in 2 weeks and that is unusual for me.
However, last night the girls were watching a program about obese teenagers finding love at a 'Fat Camp' and I did catch a glimpse and all I could think was how low will these TV shows stoop to make a reality TV show and increase ratings? It made me think 'Am I really missing anything by not watching TV?'.
The lost property at THE WINTER WONDERLAND 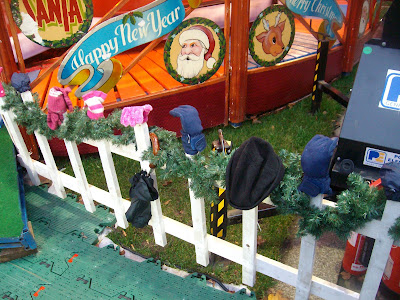 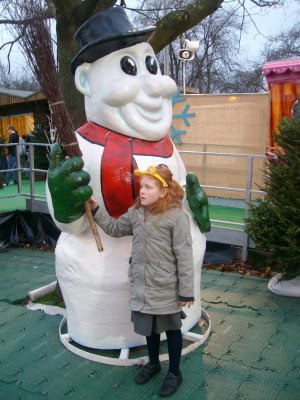 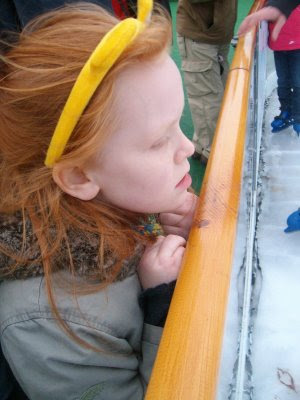 BEAUTY MEETING SANTA AT THE WEEKEND AT M&S LLANISHEN 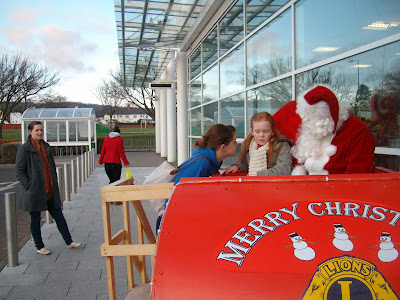 WHAT A CUTE SANTA. 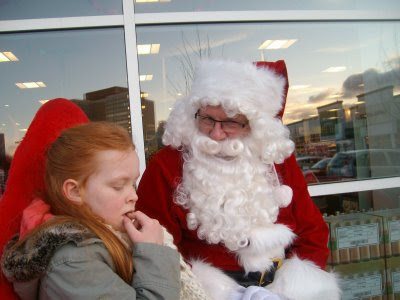 Sounds like you are having a bad trip in more ways than one! I don't doubt that even if Pianoman's mother isn't lucid she is stil getting a lot of enjoyment out of conducting everyone around her to perform little tasks - it must be like running your own tiny circus. As for the kitten: that's just horrible. I'm glad you had the courage to move it before some kids saw it - not at all nice for you though.

As an 'ex' mother-in-law I think she is enjoying the situation.