BUT I'LL FINISH IT!
This is what I thought about when I read the following local story.


A police officer has been cleared of wounding a colleague in an argument over who should drive a force van.

Pc Byron Emerson-Thomas had claimed he acted in self-defence in the row at a Cardiff police station with Pc Aled Bartlett, who needed eight stitches.

After the Newport Crown Court jury took less than 30 minutes to reach its verdict, the judge questioned why the Pc's case had ever come to court.

His barrister said the "silly incident" could have been handled better.

South Wales Police said it respected the court's decision and an internal investigation would take place.

The trial heard Pc Emerson-Thomas, 37, of Cowbridge, Vale of Glamorgan wanted first go in the patrol van because it had been fitted with a new radio.

But Pc Bartlett had been handed the keys to the van at the start of their night shift last May at Fairwater police station in Cardiff and refused to hand over the keys.

Pc Emerson-Thomas then allegedly spilt a cup of tea over him, starting the parade room altercation.

I also could not understand why this had gone to court.
Obviously violence is wrong but PLEASE, BEHAVE LADS!
If you can't play together nicely then neither of you should play with the shiny new toys.

NOTE FOR CHRIS- I do not put onions in the filling of the pie or anything else but the important part of the pie for my family is the gravy. Pianoman however, when he has the Corned Beef Hash pie eats it with Brown Sauce! And yes I made the pie in the photograph. 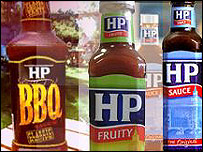 I bet this doesn't happen at Torchwood HQ...

I know Casdok, I just couldn't believe it.

And yes Steve I do agree about Torchwood, remember when when Ianto shot Owen? OK Owen needed to be stopped BUT getting shot is certainly something to get worked up over rather than just a slap or two! Anyway Owen and Ianto were arguing over THE END OF THE WORLD kind of stuff(as they do on Torchwood!) not who gets to play with the new radio!

Wait--do you live in Chicago? We have stupid stuff like that here. Good golly Miss Molly.

Oh--I didn't remember seeing anything about gravy. Do you put gravy in the pie or outside?

Oh, is gravy the sauce you have in the picture? ??

You make a gorgeous pie!

Hi Aspiemom,
no the sauce is different to the gravy.My girls
just love ordinary gravy on their corned beef hash pie.