Don't get me wrong when I say I am using VERY STRONG painkillers, I feel a lot better that I have in ages.
The painkillers are really helping with the pain and the side effect is that I am not feeling so down because the pain is better regulated.
I was given enough to take three lots a day(enough to be seeing and kissing Pixies!) but after the first day, I am finding that two lots a day controls the pain and I don't feel the desire to be going dancing and singing naked in the street!
Three lots a day was definitely too much.
And I am not taking the Diazepam!!!
I managed to take Sali and Anna shopping in town on Boxing day and whilst I could feel the pressure in my back increasing there was no increase in pain.
However, the painkillers do wear off in the night and I do feel as if I have been kicked in the back by a donkey and walking first thing is not an option!
I visited the doctor on the Wednesday before Christmas and she was able to tell me the results of the MRI as her computer is linked to the hospital computer.
I have 9 inches of damage/severe arthritis and 3 Torn Spinal Discs......so not much really!
As you can see, my sense of humour is still intact even if my back isn't!
So no more 10k runs in the foreseeable future!
But for Christmas I had a new laptop so I do not have to sit at the computer table but can lie down in bed and rest my back AND still go on the computer and right my blog.

We had a lovely Christmas though.
Whilst my back was in a lot less pain, Snowhite and Fiona still cooked the Christmas lunch. 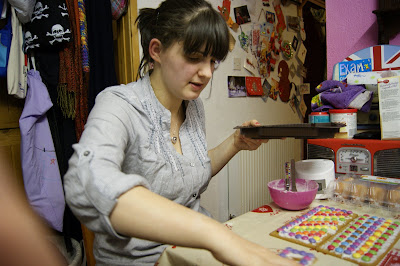 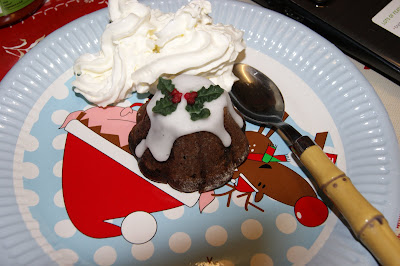 The Chocolate Christmas Puddings that Fiona made :D

The only thing not as I would have made it was the broccoli which was a little(a lot!) al dente but then I do prefer it cooked to mush.Yes I can hear you all saying YUK!
Beauty decided to have a long lie in and so none of us got up until gone 10am and then lunch was not until 3pm but we had a very restful but enjoyable day. 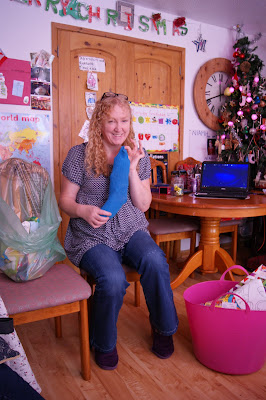 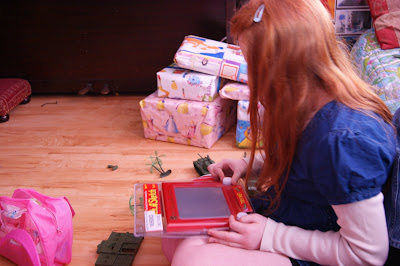 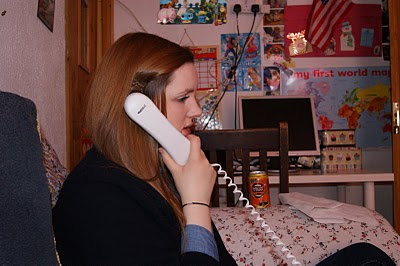 Something I read on Paulo Coelho's Facebook page today

If I had my life to live over, I would try to make more mistakes.
I would relax. I know of very few things that I would take seriously.
I would go more places. I would climb more mountains and swim more rivers.
I would eat more ice cream and less bran.

I would have more actual troubles and fewer imaginary troubles.
You see, I have been one of those fellows who live prudently and sanely, hour after hour, day after day.
Oh, I have had my moments. But if I had it to do over again, I would have more of them – a lot more.

I never go anywhere without a thermometer, a gargle, a raincoat and a parachute.
If I had it to do over, I would travel lighter.

If I had my life to live over, I would pay less attention to people telling us we must learn Latin or History; otherwise we will be disgraced and ruined and flunked and failed.
I would seek out more teachers who inspire relaxation and fun.

If I had my life to live over, I would start barefooted a little earlier in the spring and stay that way a little later in the fall.
I would shoot more paper wads at my teachers.
I would keep later hours.

I’d have more sweethearts.
I would go to more circuses.
I would be carefree as long as I could, or at least until I got some care- instead of having my cares in advance.

I doubt, however, that I’ll do much damage with my creed.
The opposition is too strong.
There are too many serious people trying to get everybody else to be too darned serious.

(there are several versions of this text circulating in Internet. The one above is attributed to Don Harold)

I shall definitely have to think about this and write my own version.
Posted by MOTHER OF MANY at 1:17 pm

Sounds like a worthy plan. I could do with offloading some imaginary troubles myself...!