I am in a much lighter brighter mood than I have been in a while even thought the pain from my back and joints continue.
And why?
A trip to the spinal clinic in CRI.
CRI
(Yes that's the one, the one used for filming Dr Who) 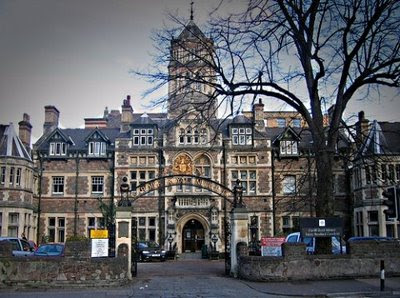 Going into the infirmary was a really strange experience as I was there last when I worked on a ward that closed and moved to
UHW and that was in 1999.
UHW 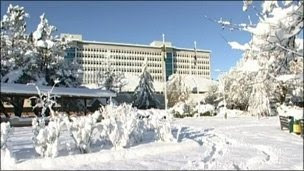 Oh so long ago.
The spinal clinic is in the old casualty building and I swear the reception desk is exactly the same one and has not changed in anyway.I was directed through to the waiting area which was also the same apart from a lick of magnolia!
I had been referred to this clinic after being seen at Llandough Hospital for an MRI.
Llandough 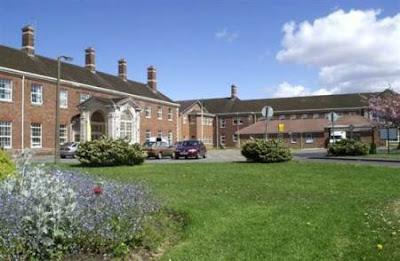 After the results came through it was decided that I no longer go to Llandough but go to the CRI which is on Newport Road and closer to where I live.
After being in the waiting area for 5 minutes, a woman came and called me through to an interview area.
She did not tell me her name, state her designation or wear a name badge.
She could have been the Tea Lady for all I knew.
However, as we started to talk it became clear that she was not medically trained and was totally
vacuous of all common sense and anything remotely connected to Human Biology!
She had an x ray screen in front of her with my spinal x ray on it, and a small manila folder in front of her and she asked me 'Where is the damage in your back?'
It took me a few seconds to figure this one out and wonder if it was a trick question and I was being secretly filmed for some new comedy show.
Pointing to the screen I said , 'In the lumbar region'.
She then looked at the x ray and said ' Well at least it isn't serious, it is just normal wear and tear'
WHAT!
9 inches of damage and deterioration and 3 ruptured discs not serious.
'Have you considered working on your core?'
'What about Pilate's?'
At this point I wanted to start banging my head against the wall and give up the will to live.
I felt the way that you do when you are on the phone to a cold caller trying to sell you insurance who has a script to follow and will not shut up long enough for you to say NO THANK YOU!
My reply was, ' I am sorry, but that x ray is serious and it is not NORMAL WEAR AND TEAR'.
Her reply was, ' Well it is for some people'.
'Are there Pilate's classes in Cardiff?' was her next question and from this I knew the conversation was on a downwards cycle and I knew that I had to get out of there before I found myself banned from the hospital.
'I don't know ' was my reply!
To which she asked , 'Why are you here, what do you want?'
'To be free of pain' was my answer.
'But what do you want to do' was her response and by this time I was convinced that this woman did not know the time of day let alone what a normal spinal x ray should look like.
Praying this meeting was going to end in the next 2 minutes I replied,
'I have had an MRI and I am here for you to give me the options of what can be done.'
Her next statement floored me, 'Well I think you are being very negative and so there is no point in you being here'
I just wanted out of there.
' Look just give me the options' was all my poor addled brain could think of.
'Well you don't want an operation, do you?
'If I needed one YES but if it is optional NO. I have had MRSA once thank you and that was enough'.
'OK, then we will refer you for physio.Where do you live?'
Remember, she has notes in front of her!!!!
'Pentwyn'
'Where's that?'
'North East Cardiff'
'Where is that?'
'Cardiff Gate, M4'
'Sorry I don't know where that is so I don't know which hospital to refer you to.I will ask someone'
Disappears, reappears, 'I couldn't find anyone, I will just refer you to physio'
I am now convinced that this woman has just wandered in off the street and sat down at a desk and picked up a pen and is pretending she works here!
'I will also refer you to the pain team though I don't know if they can help you as the damage is so widespread!'
I felt like yelling WHAT DAMAGE, I THOUGHT YOU SAID IT WASN'T SERIOUS.
And then I managed to escape!!!!!
GIRLS......you would have been impressed at how well I behaved!
So the first thing I did when I got home was check out where the Pilate's classes were, how much they cost and what they do physically.
The first thing that I came across was this! 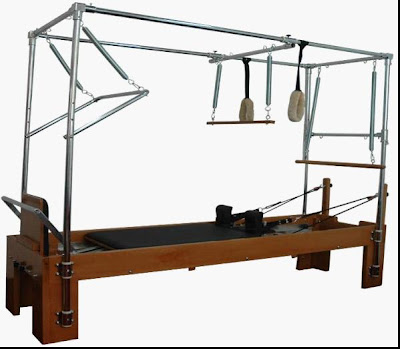 On first sight I thought it was something from a medieval torture chamber BUT NO, it appears to be an exercise unit which you PAY to use as part of one-to-one coaching!
Then I checked out the prices which start around £40 for a short course and a one-to-one coaching session is £35 . 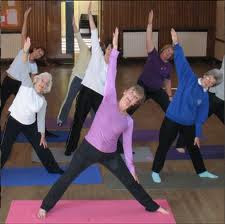 But the final straw which made me fall about laughing was the actual routines/exercises involved in Pilate's!
For me it was like watching an episode of a funniest video show where people have accidents and falls and you can't help squealing OUCH! and OOOOOOOO! when you see what happens to them.
Well I am watching these videos and thinking I HAVE TO WALK CAREFULLY to stop my hips, knees and ankles dislocating.The thought of doing theses moves and the pain caused when my joints dislocate had me squealing OUCH! constantly just watching the moves and positions.
Just go into YouTube and watch any Pilate's video and you will see what I mean.
There is no way I could attend a class as I have to watch out that I don't pinch the nerves in my back or dislocate anything when I move and because of the pain I move slowly.
Think Wood Louse on its back.
That's me.
BUT.....I shall pay for one session at a private studio to see what they say.
I shall do this so the TEA LADY cannot say I haven't tried and that I am being negative!!!!
Posted by MOTHER OF MANY at 6:15 am

Sorry - you really need to make an official complaint against that unhelpful, disrepectful monster!

What a story! I hope you are soon feeling a little better.