HEAVEN IS A PLACE ON EARTH

Most Britons 'believe in heaven'

The majority of Britons believe in heaven and life after death, new research suggests.

The study was carried out between October and November last year for the public theology think tank Theos.

It also suggested that nearly four in 10 people, 39%, believe in ghosts and 27% believe in reincarnation.

A further 22% believe in astrology or horoscopes and 15% believe in fortune telling or Tarot.

The think tank said the findings were "especially striking" when compared to the 1950s.

Then only 10% of the public told Gallup that they believed in ghosts and just 2% thought they had seen one.

In 1951, only 7% of people said they believed in predicting the future by cards and 6% by stars.

But the latest research showed an increase in scepticism about certain aspects of the supernatural, the organisation said.

Theos director Paul Woolley said: "The enlightenment optimism in the ability of science and reason to explain everything ended decades ago.

"The extent of belief will probably surprise people, but the finding is consistent with other research we have undertaken.

"The results indicate that people have a very diverse and unorthodox set of beliefs. Our research may point to a slight increase in scepticism about aspects of the supernatural over the last 10 years."

*I would like to believe in heaven BUT I don't.
*I would like to believe in life after death BUT I think more than probably isn't.
*I believe there is something SOUL LIKE within us BUT whether it goes on or not.....
*I think there is such a thing as 'Ghosts' but whether what we see are actually the spirits of dead people BUT I have had 2 experiences that might have been 'Ghosts'.
*I totally HATE the idea of reincarnation,think of the awful situations you could return to!Enough to give you nightmares!
*I do not believe in astrology BUT I think there is something in TAROT but I think this is probably something to do with the 'living human mind' and it's unknown capabilities rather than those that have died.
What do you believe in ?
If you believe in God and have a strong religious belief then I am very envious of you.

WHAT DO YOU THINK?

I so wish that I could go back to the days of innocence and total belief.............I blame the history degree!
It opened my inquiring mind.
I call myself a Humanist
but I wonder if that really is the best description because I believe in the possibility of the supernatural.
I think Beauty is the lucky one as she has doesn't need to think about such things.
QUESTION
Should I have Beauty christened?
If there is no point and there isn't a God then surely it doesn't matter to a child that doesn't understand but it would keep 'The Family' happy!
Deep thoughts for so early in the morning.

I am awake but Beauty is asleep, I find this is the best time to write my blog.
In fact, if Beauty is awake there is no other time.
Due to computer problems,Beauty has been driving me insane for the last few days.
If she is not searching the house for the computer then she is terrorising the video player or trying to hand feed the rabbits! Yesterday I found her in the (very poopy) rabbit hutch with a quivering rabbit!

Beauty and her Mama 'Down Barry' 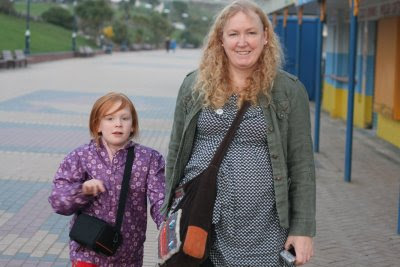 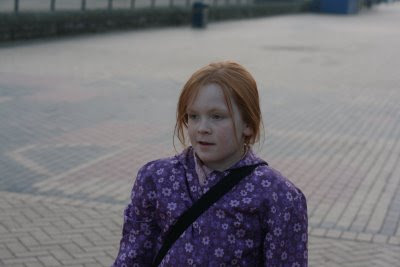 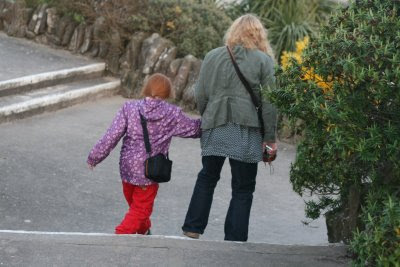 As I get older I find my belief in Christianity as being the only true religion is waning. But as for life after death... this world is still full of amazing spiritual happenings that science just can't explain. I'm still hopeful.