AND A HAPPY NEW YEAR. 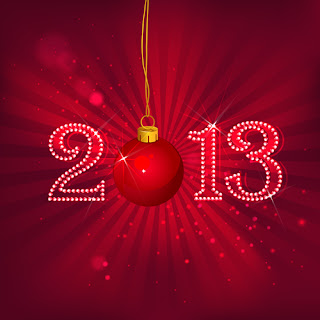 So this is Christmas

And what have you done

And a new one just begun

And a happy New Year
Let's hope it's a good one
Without any fear
﻿
Have a wonderful year everyone, hugs and kisses from Missy and Me.
To welcome in the New Year, Missy has a seriously bad cold and her face and eyes are red and puffy and her eyes and nose are constantly running poor thing.
Missy hasn't slept properly in the last few days due to her lovely ,bubbly cold so yesterday evening we were both so tired that we went to bed early.
However, we we still lucky enough to see in the New Year as our neighbours have an old tradition of beating on saucepans at midnight to greet in the New Year and it is also meant to scare away the devil as he is not meant to like loud noises.
Even with double glazing we both managed to wake up but we were both so tired we went back to sleep almost straight away.
BUT......I do remember Missy opening her eyes at the noise, smiling and saying,'Noisy' !
Just a random thought, when I was younger I can remember religious people saying that Rock concerts were not a good place to be and that the devil was at events like this to tempt people to be 'naughty'.
Well.......if the devil doesn't like loud noises, then that should mean that the devil stays away from very noisy events .
Interesting thought :)
My mother always believed that it was bad luck to do washing on New Years day and whilst I am not really into Pagan ,or religious superstition for that matter, I feel that a lot of superstitions have basis in common sense.
A bit like eastern religions banning certain meats which was possibly due to the fact that meat goes off really quickly in hotter countries.
So , I am quite happy  not to have to do any washing on New Years Day BUT my favourite superstition has to be to make sure there is plenty of food in the house on New Year's Eve so you will not go hungry throughout  the coming year.
Missy and I made a large stew last night and Missy really enjoyed cutting the vegetables though I have to admit that bit made me very nervous, Missy and a large knife is quite scary to watch but she has to learn!
We had the stew for supper last night and lunch today and there is enough left for another meal later.
Preparing in advance and in bulk meant the meal cost approximately 50p per person per meal.
I am hoping this start at organising is a good sign for the coming year......not that I am superstitious of course :)