BOOKS TO READ BEFORE YOU DIE!

I always seem to have at least one book I am in the process of reading(maybe two!) and at least half a dozen books ready to be read.But last year I bought a typical feel-good,romance novel in a charity shop and read it in an evening.On the last page of the book I realised I had read the book before but totally forgotten the story.
My reaction was WHAT A WASTE OF AN EVENING!
The phrase what a waste of an evening reminds me of the time I decided that I HAD to read a Salman Rushdie book. 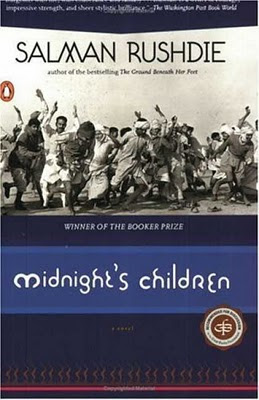 I bought the book Midnight's Children
I actually managed to read it completely but it was labrious, difficult to follow and BORING!It is obvious that I must be a philistine for not appreciating the quality of his work but I just could not make myself like the book.So,since last years re-reading,I have decided that I must widen my field of reading and try and read some of the classic which I don't seem to have read many of.

I recently read my first Dickens book last week,Oliver Twist and was shocked to find that half the book is missing from the film and in the film the storyline is changed. 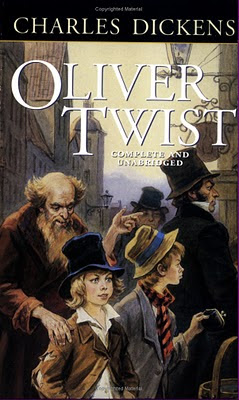 It's like saying I read it in Closer or Hello so something must be true.
I really felt that I had been cheated.
However, I really did enjoy the book,especially the quality and style of writing. 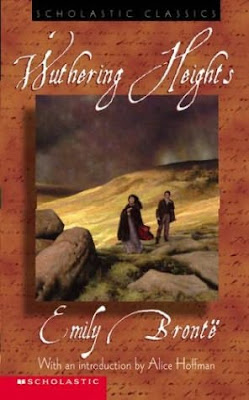 Last night I finished reading Wuthering Heights which is also a book that a lot of films seem to leave half the story out of the production.Again I enjoyed the language and style of the writing BUT as for the characters Heathcliff and Cathy........well I found them to be annoying,selfish brats and thought the two of them could have done with a good hard slap.The redeeming quality of the book is that the subsequent generations of the two families, when Heathcliff dies, genuinely seem to have the promise of a happy future.And even though Heathliff was not a nice character, I personally have to vote for Joseph, the religious zealot as the nastiest character in the book!

And finally my present read........
The Hunchback of Notre-Dame by Victor Hugo 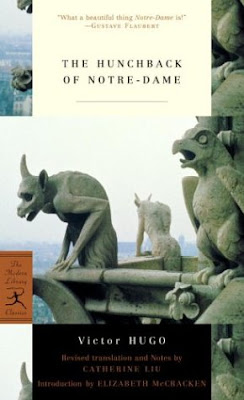 I shall let you know my conclusions!

As academic as these tomes might seem , I have to admit to reading some very LIGHT literature every day.
Niamh's bed time story!
She insists on at least one every day and last nights was The Princess and The Pea.
Lucky me!
I have to admit that when I read the stories I am a bit like Pheobies's mother in Friends.
If I don't like part of the story then I change it.
Hey, how's Niamh ever going to know?
Hey, the blackbird can peck off everybodies nose,Niamh will find that funny but with the Gingerbread house there was no way I was going to tell her a story about getting into a cooker!
When Niamh was younger I once caught her trying to climb into the tumble dryer........now that was bad enough!
And no The Little Match Girl doesn't die and neither does the little girl in The Red shoes!
They live happily ever after.
Posted by MOTHER OF MANY at 9:46 am

Sometimes a book's "worthiness" only dictates how dull it is! However, I'm a big fan of Wuthering Heights though my personal fave is Lorna Doone.

The things we do to protect our children.

I love your reading selections. I tried to read A Tale of Two Cities. I got through one chapter and was bored to tears.

I haven't read the other ones. Have you tried "The Kite Runner." Very good but exhausting.

I've always found Rushdie's work very hard to get into. There's this tendency in literature that if it's long, dreadful, boring, and stuffy, it must mean it's a classic and good stuff.

I wanted to let you know I've added you to our Autism Blogs Directory, an inclusive directory of blogs relating to autism. :-)