But I am VERY FINE with this.

I have had 6 hours sleep and I will nap again later.

And why am I awake?

The sweetest little 8 year old on the planet is asleep but I am awake with my numb arms thing!
The following is listed as a possible cause for problems in FMS

Central dopamine dysfunction (hypodopaminergia)
The 'dopamine hypothesis of fibromyalgia’ proposes that the central abnormality responsible for symptoms associated with fibromyalgia is a disruption of normal dopamine-related neurotransmission. Dopamine is a catecholamine neurotransmitter with roles in pain perception and natural analgesia. There is also strong evidence for a role of dopamine in restless leg syndrome,which is a condition found frequently in patients with fibromyalgia.Some fibromyalgia patients responded in controlled trials to pramipexole, a dopamine agonist that selectively stimulates dopamine D2/D3 receptors and is used to treat both Parkinson's disease and restless leg syndrome.

And I know that my body definitely has a problem with pain perception.
I have had 2 Natural Pain Free Births and many people do not believe it is possible but I can promise you it is.
With SnoWhite the birth lasted 2 hours from start to finish(well they all did apart from Beauty!)
and the labour and birth were pain free.I could feel and see the contractions happening and I obviously knew when the delivery happened but there was no pain.
And the same with Beauty!
Ariel and Fiona were totally the opposite so with Beauty I had arranged to have an Epidural but the nurse kept coming and asking HOW WAS THE PAIN before the Epidural was put in and all I could say was I DON'T KNOW.
So yes, I personally feel that pain perception is a significant problem with FMS.

My arms feel as if I they have been injected by a dentist! They feel numb in the way your face feels when you leave the dentist after LOTS of treatment. So whilst pain is not really the issue at the moment (as the donkey appears to have quit chewing on my arm !), the numbness and pins and needles is.

It is pity I do not know how to isolate what gives me pain free births as I would bottle it and sell it and make a fortune if I did!

I am glad we have the facilities that we have today to be able to be aware of our health issues and so be able to deal with them. I have health issues but I would never say I was ill and even though somedays I may take care of my life from the confines of my sofa or my bed, I know after some R&R time, I am up and about again. I am truly glad that we have progressed so far.
Recently I fead about a child of a famous person(memory completely gone here....sorry!) who talked about their parents severe depression and said IF ZOLOFT HAD BEEN AVAILABLE IN THEIR TIME THEN I AM CONVINCED THEIR LIFE WOULD HAVE BEEN TOTALLY DIFFERENT! 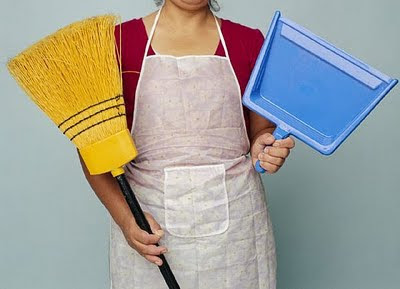 Pain is so exhausting - I really feel for you. The closest thing I have come to constant pain was walking around on an undiagnosed broken foot a couple of years ago... I don't think I have ever been so fatigued and worn out in my life.

Thank you for your concern.
It is definitely the exhaustion that is the problem.Surprisingly you get used to the pain but it is the tiredness which is the worst bit.